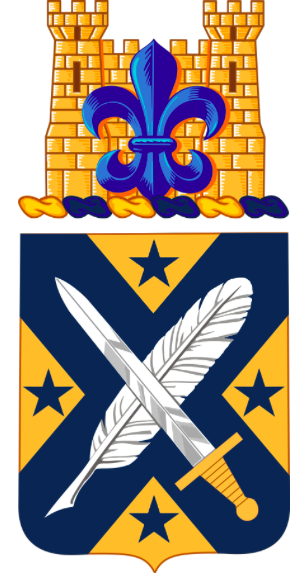 The Saltire is taken from the Flag of Alabama, and symbolises the location of the Battalion to Fort McClellan in the said State. The Quill is for the administrative duties and the Sword for the military ones. The Stars denotes support to the active Army, the Army National Guard, the Army Reserve and to the Military Dependends. The Crest symbolises service in Normandy and Northern France during World War II.