From Heraldry of the World
Revision as of 06:35, 23 May 2021 by Knorrepoes (talk | contribs) (→‎Origin/meaning)
(diff) ← Older revision | Latest revision (diff) | Newer revision → (diff)
Your site history : Hall in Tirol
Jump to navigation Jump to search 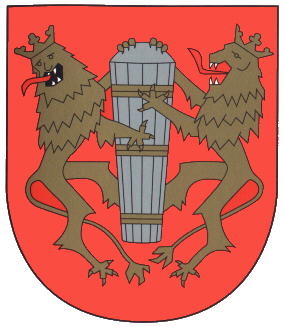 The salt barrel in the arms appears already on the oldest seal of the city, dating from 1316. The barrel symbolises the importance of salt mining in the area.

The lions were granted on August 22, 1501 by King Maximilian I. The meaning of the lions is not clear.