From Heraldry of the World
Your site history : Reuss
Jump to navigation Jump to search 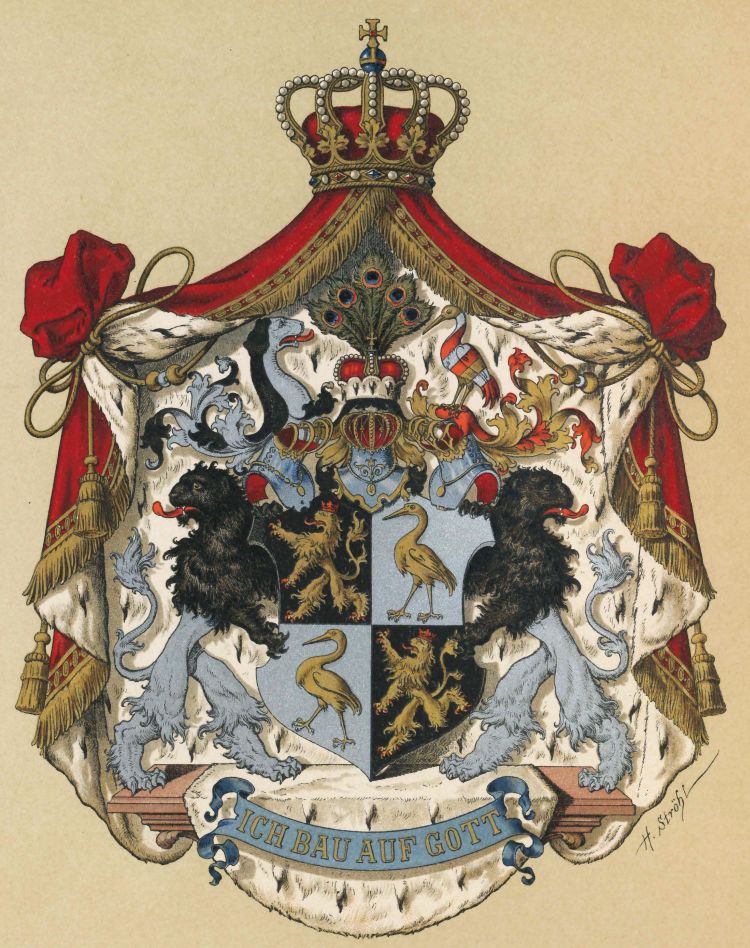 The history of the area is very complicated. The original County Reuss was divided in many smaller states and in 1807 there were still 5 states which joined the new Rheinish Union (a predecessor of the later German Empire), namely : Reuss-Gera, Reuss-Schleiz (principality), Reuss-Lobenstein (principality), Reuss-Ebersdorf (county) and Reuss-Greiz (principality).
The dynasty ruling Reuss-Gera became extinct in the early 19th century and the territory was ruled jointly by R-Schleiz, R-Lobenstein and R-Ebersdorf.
In 1815 both Reuss-Greiz and the four other states combined got a seat in the new German parliament. Reuss-Greiz became known as Reuss ältere Linie (Reuss older branch), the other four as Reuss jüngere Linie (younger branch).

The principality of Reuss-ä.L. used the same arms.

In 1919 the two principalities were combined to the new Free State of Reuss, which became part of Thüringen in 1920.