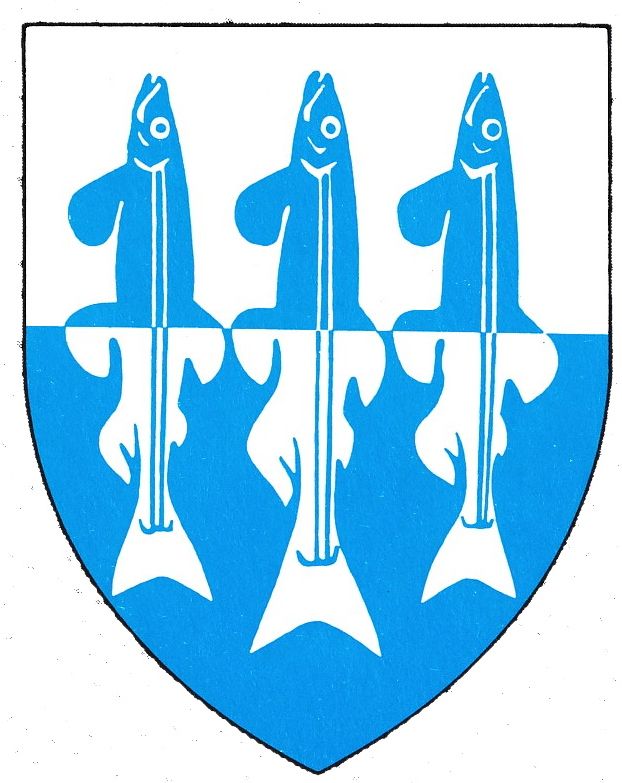 Tasiilaq is the name of the municipality, but it is better known as Ammassalik, the main village in the municipality. The arms are canting, Ammassalik means the capelin and the arms thus show three capelin (a small fish species often used to produce fishmeal).