From Heraldry of the World
Your site history : University College Birmingham
Jump to navigation Jump to search 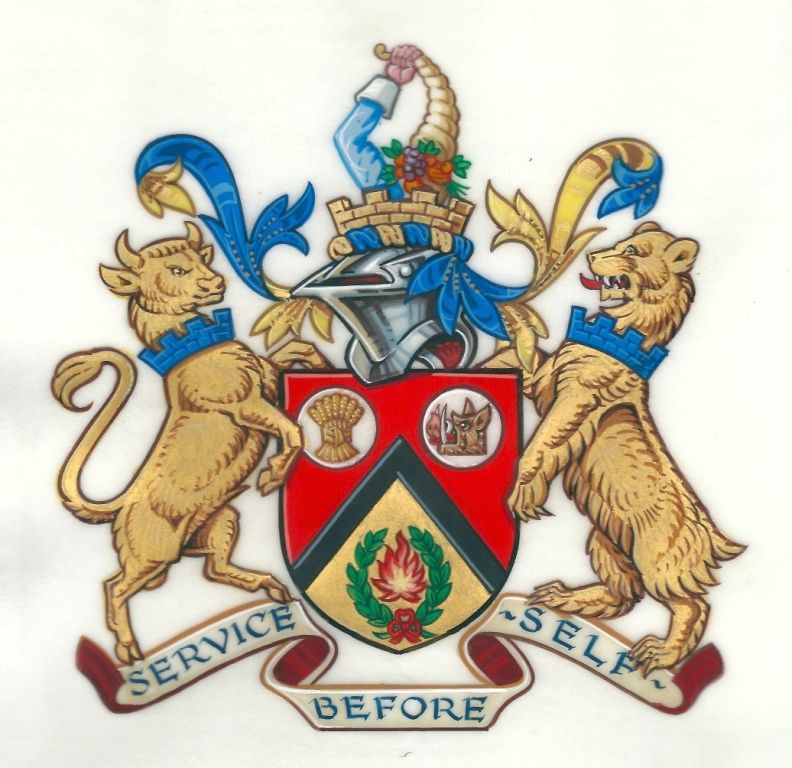 Arms : Per chevron gules and Or, a chevronel sable between in chief two plates, the dexter charged. with a garb of wheat and the sinister with a boar's head couped proper, and in base between two sprigs of bay also proper tied with a riband a flame of fire gules.
Crest: On a wreath Or and azure, Out of a mural crown Or, a dexter arm embowed, vested argent, the hand grasping a cornucopia inverted also proper.

If you have any information on these arms College Birmingham mail us !