From Heraldry of the World
Your site history : Duchy of Lower Silezia
Jump to navigation Jump to search 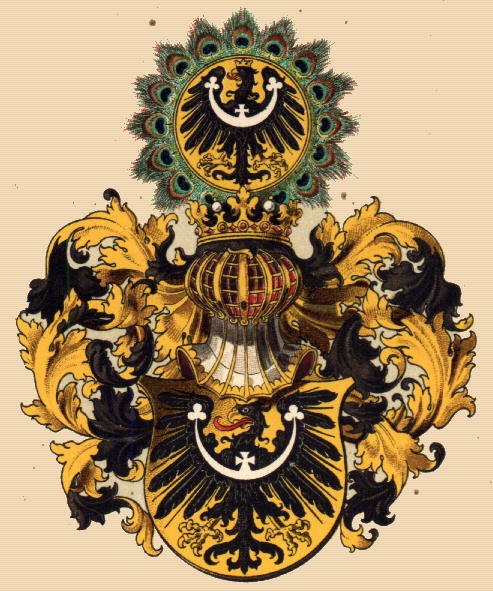 The Duchy Lower Silezia (German Niederschlesien) was part of Silezia, which became a separate duchy from Poland in 1163. Ever since the territory has been divided in many smaller duchies, provinces and principalities. First Silezia was split in Upper and Lower Silezia, which were gradually further divided. The Habsburg dynasty gradually acquired most of Silezia, which eventually was divided among Prussia and Austria. The Austrian Emperors, however held claim to the whole territory.

The golden eagle was first used by Duke Boleslaw (died 1201) and has been used as the arms for the area since, even though the Duchy itself did no longer exist. The arms were later used by the Prussian province of Schlesien (later Niederschlesien), and are now used by the Polish Region Dolny Śląsk, the Czech region of Slezko (which was a separate region in Czechoslovakia from 1918-1928), and form part of the Czech National Arms.