From Heraldry of the World
Your site history : Grasmere
Jump to navigation Jump to search 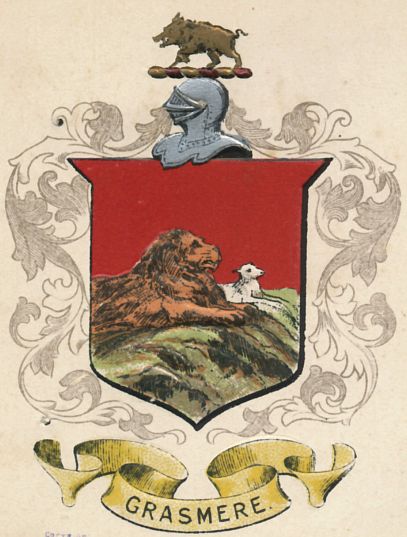 These arms are never granted, and probably based on the logo of the council until 1935.

The lion and lamb probably refer to The Lion and Lamb Rock, a silhouette on the top of Helm Crag as seen from Grasmere. A sight pointed out to passengers by generations of coach drivers.

The crest represents the grazing by pigs in the forest area by the lake. Grasmere may have derived its name from Grisemere meaning the lake of the swine. Later forest clearance allowed sheep grazing and the development of the woollen industry.