From Heraldry of the World
Your site history : Halle (Westfalen)
Jump to navigation Jump to search 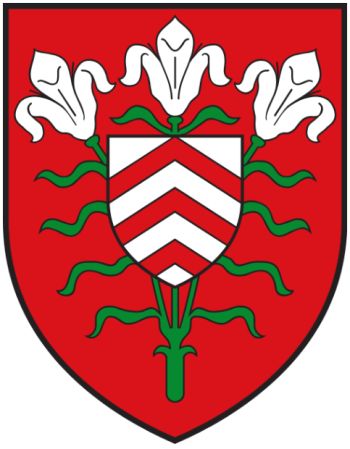 Halle received city rights in 1719 and the first seal dates from the same time. The seal showed already the three flowers, but in a vase, and the small escutcheon. The escutcheon shows the arms of the Counts of Ravensberg, who ruled the area for many centuries. The lilies have no special meaning. The arms were officially granted in 1908 with a mural crown. The latter was removed in 1940.