From Heraldry of the World
Your site history : Herford
Jump to navigation Jump to search 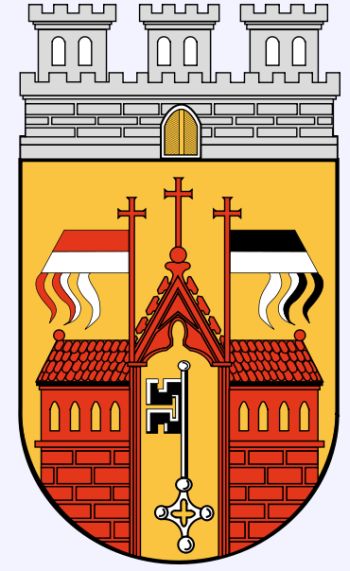 The arms were officially granted on November 1, 1899 by King Wilhelm II.

The arms were based on the oldest seal of the city, which dates from 1231.

The key in the arms represent the rights that the Archbishops of Köln had in the city. The patron saint of Köln is St.Peter, whose symbol is the key. The black and white banner also represents Köln, the other banner represents the Abbey of Herford, the nuns also partly ruled the city.

Besides the above arms and seals, the city sometimes used arms, divided of red and silver, which were again based on the arms of the abbey.