National Arms of the Czech Republic

From Heraldry of the World
(Redirected from National arms of Czechia)

Your site history : National Arms of the Czech Republic
Jump to navigation Jump to search

NATIONAL ARMS OF THE CZECH REPUBLIC 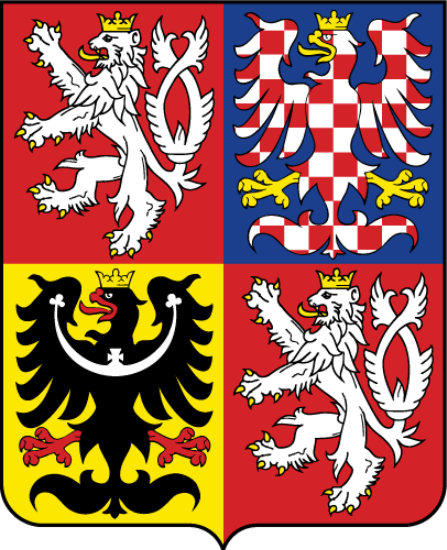 The arms were officially adopted on December 12, 1992.

The arms combine the arms of the historical region of the present Czech republic. The silver double-tailed lion in the first and fourth quarter is the lion of the Kingdom of Bohemia. The black eagle on a golden field stands for Silesia, and the chequered eagle on a blue field for Moravia.