From Heraldry of the World
Your site history : Qaasuitsup
Jump to navigation Jump to search 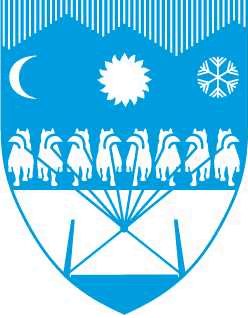 The arms were adopted in August 2008.

The arms show a typical Greenlandic dogsledge with 8 dogs under a landscape of three mountains, sun, moon and snowflake. The chief shows the rays of the Aurora Borealis (nothern lights).

These are the only civic arms worldwide showing a dogsledge.

The arms as seen in Ilulissat: 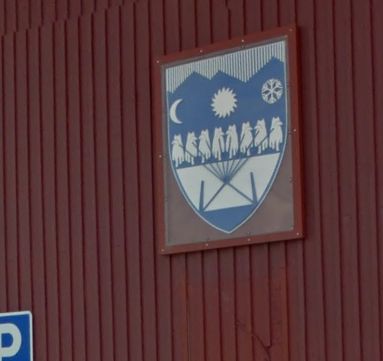