From Heraldry of the World
Your site history : Sistrans
Jump to navigation Jump to search 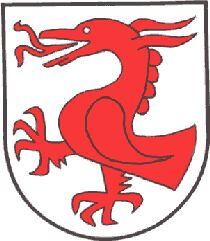 The arms were officially granted on September 21, 1976.

The arms show a dragon, which is taken from the 13th century seal of Konrad von Sistrans, who played a major role ini the locat history at the time.