From Heraldry of the World
Your site history : Vaynor and Penderyn
Jump to navigation Jump to search 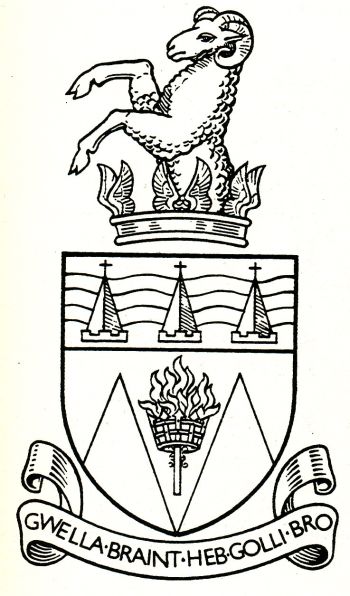 Arms: Argent, between two piles issuant from the base vert a fire beacon enflamed proper, the basket Or; an a chief azure two bars wavy of the field surmounted by three church staples gold.
Crest: Issuant from a coronet composed of four pairs of wings erect set upon a rim Or, a demi horned sheep argent.
Motto: Gwella braint heb golli bro.

The arms were officially granted on December 20, 1955.