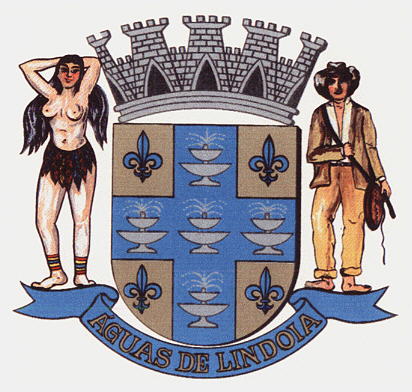 The golden field symbolises the wealth of the municipality, broought by the thermal and medicinal waters. The latter are represented by the fountains in the arms. The fleur-de-lis is the symbol of the St. Mary, patron saint of the town. The blue cross alludes to Father Tozzi, a priest, who insisted on scientific research on the healing properties of the waters. The supporters are an indian girl, Lindoia, who gave her name to the town, and a settler dressed as the first inhabitants of the area.