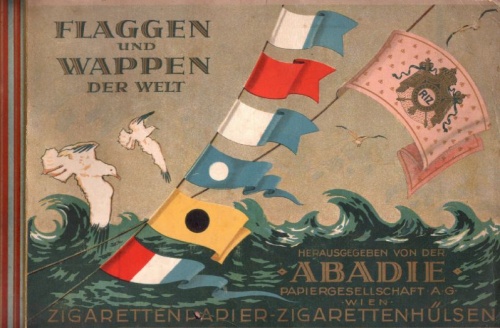 In 1928 the Abadie cigarette paper company started with issueing small 3x5 cm images of arms to their cigarette papers. The images contained arms and flags of countries, cities and regions. Initially four series were planned, of which only two were described : Series A Banners and Flags (325 images) and Series B Arms of countries and cities (400 images). Series C and D had not yet been named. The series were sub-divided in smaller groups, such as Flags of Prussian provinces, Flags of Countries etc. The author of the texts and the designer of the images are not known. 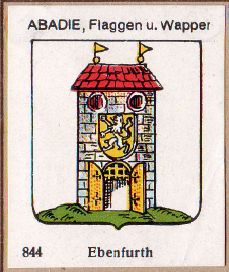 To the series an album was issued, consisting of a map of Austria. some photographs and texts of the company and about tobacco, a collector's page and empty numbered sheets for the images. The album consisted of loose sheets, that could be bound together with a ribbon. This enabled later additions (sheets) to be added to the album. As planned all series were to be issued for one year only, to make the series more collectable. 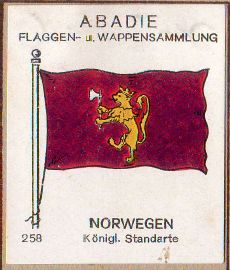 As it turned out, the albums and images were very collectable and the first album was enlarged to 1984 images in several series. The series were also reprinted as was the album. The second edition of the album was now divided into sections with a colooured index page of each section. In the first edition all images were numbered sequencially, in the second edition later additions were added to the original chapters and some series were regrouped. Some images were also changed. 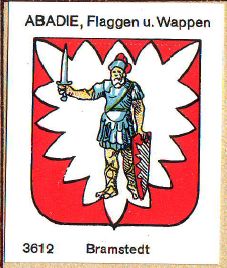 On the back of the images, not visible in the album, the company first printed some short information on the country, town or arms. On the flag images generally there was no text. In the second, and sometimes third edition of the images, more texts were added. Also some texts were adapted and changed. In many albums the images are totally glued, even though there was a small strip marked 'Kleberaum' (glue-area) and the texts are no longer readable. 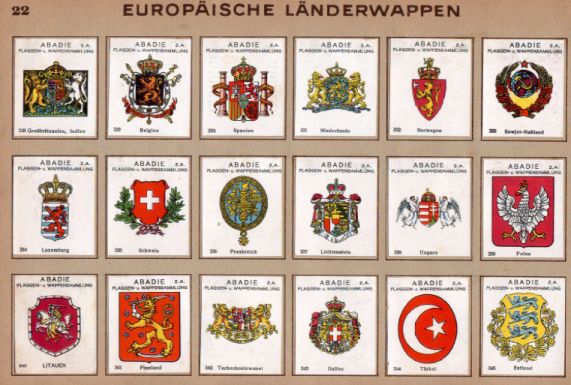