From Heraldry of the World
Your site history : Ackworth School
Jump to navigation Jump to search 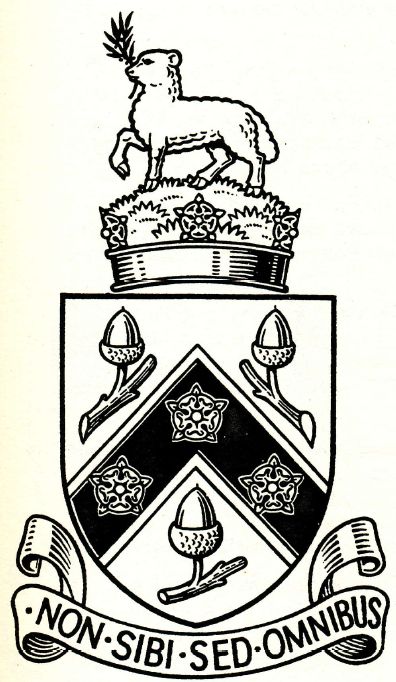 Arms: Azure, on a chevron argent between three acorns slipped also argent, a chevron sable, thereon as many roses likewise argent, barbed and seeded proper.
Crest: Issuant from a coronet composed of four roses argent, barbed and seeded proper, set upon a rim Or, a mount vert, thereon a lamb statant, in the mouth a sprig of thyme, leaved and flowered, also proper.
Motto: Non sibi sed omnibus.

The arms were officially granted on December 15, 1959.

If you have any information on these arms School mail us !