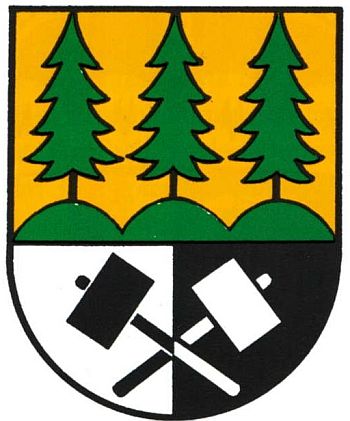 It is not known when the arms were officially granted. The oldest known use dates from 1740, but the two crossed hammers are already seen on the seal of the town from 1446.

The wood hammers are probbaly taken from the arms of the local monastery. The hammers and the trees refer to the many forests and the importance of forestry for the municipality.

In the late 19th century the town temporarily used a seal with only three pine trees.