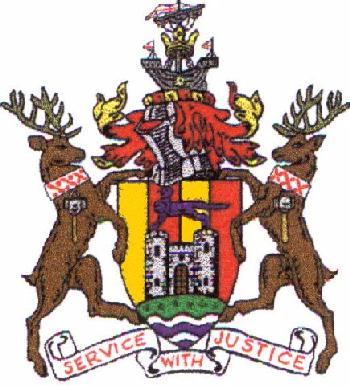 The arms are based on those of Northumberland County Council. Alnwick is the old county town of Northumberland. The ship in the crest refers to the coast of the district and the port at Amble. The cogwheel stands for modern industry and the crown for history. The arms are supported by stags for Rothbury Forest.

The motto is "Service with Justice".

© since 1995, Heraldry of the World, Ralf Hartemink Image and information provided by Laurence Jones