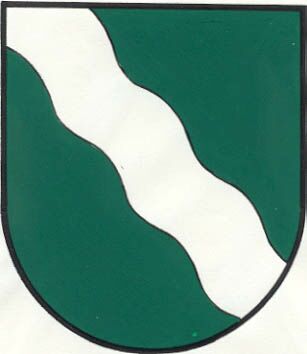 The arms are canting, showing a river (Bach) flowing through green mountain fields (Alp). The green also refers to the agricultural character and nature in the municipality. The silver also refers to the former silver mining in the area.

The arms are based on the seal from Heinrich, Knight from Alpache, from 1345.