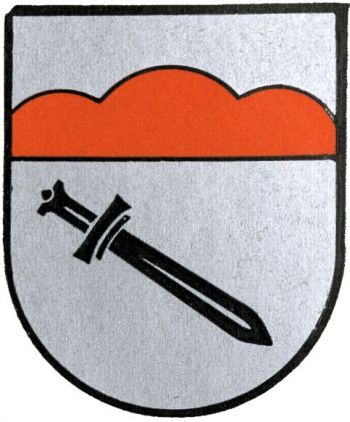 The mountain in the chief stands for the Stemweder Berg. The sword symbolizes the former district court of Wehdem. The sword is taken from the seal of Gehrke Wedeham from 1441, who was a judge in Wehdem.