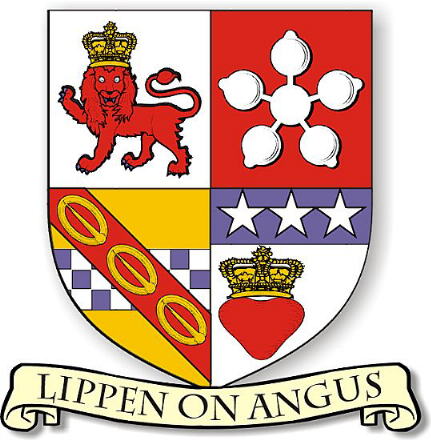 And in an Escrol below the Shield this Motto "Lippen on Angus".

The arms represent the four families that have held the Earldom of Angus. The four quarters are for Gillibride, d'Umfraville, Stuart of Bonkyll and Douglas.

The motto is LIPPEN ON ANGUS or Trust in Angus.

The arms are, slightly different, taken by the Angus District Council.