From Heraldry of the World
Your site history : Ankum
Jump to navigation Jump to search 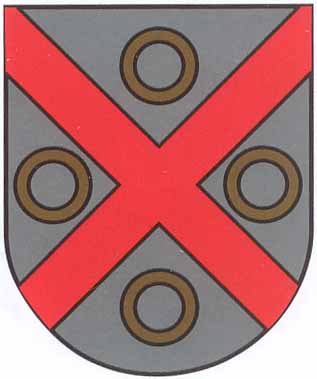 The arms are based on the arms of the Ankum family. The family originated from the village and held many important positions in the Osnabrück region. In the 16th century the family moved to Ostfriesland and later to Ostpreussen. The village has been using the arms of the family at least since 1905, but it was used more extensively after the second world war. In 1961 the municipality wante to formalise the use of the arms, but needed first the approval of the family. The approval was granted and in 1964 the arms were officially granted.