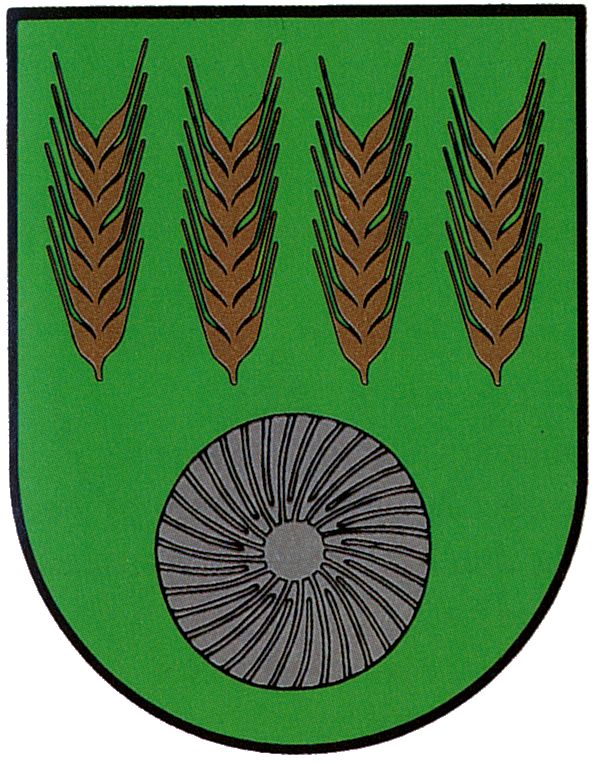 The arms were officially registered in 1987.

The millstone is chosen as a symbol for the former and modern industries in the municipality. The four rye ears are a canting symbol, the name being derived from Avlested.