From Heraldry of the World
Your site history : Bad Karlshafen
Jump to navigation Jump to search 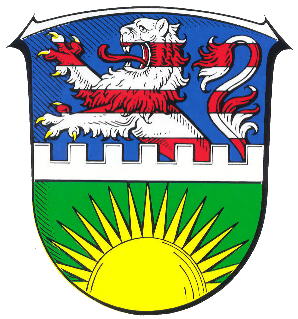 Bad Karlshafen was founded as a city in 1699 by Count Karl of Hessen at the start of the local canal between the Weser river and Kassel. The first citizens were Huegenot refugees from France. The city was named Karlshafen after its founder in 1717. Before 1717 it was called Sieburg and on the first seal of the city a castle was placed. The castle was also used in the arms of the city. It has been stated that the arms were thus canting (Burg=castle). The 19th century arms showed a castle which looked like the local Kruckenburg castle. These are shown below. 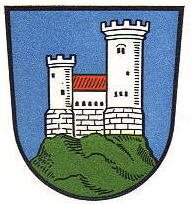 In the 1970s Karlshafen, already known as a spa since 1730, was granted the prefix Bad. The arms consequently were changed and show the city wall with the lion of Hessen above a sun. The city is a spa both for the salty waters as well as the sun (Solbad).