From Heraldry of the World
Your site history : Bad Laer
Jump to navigation Jump to search 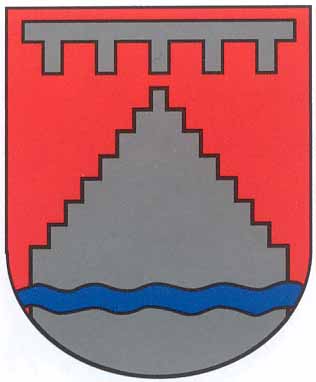 The upper part shows a label which is derived from the Von Lodere family arms. The family had several possessions in the region. The 5 hangers symbolise the five municipalities forming at the time the Samtgemeinde Laer; Westerwiede, Hardensetten, Winkelsetten, Müschen and Laer.

The silver point symbolises the church tower in Bad Laer. The blue bend symbolises the salty waters that made the village a spa. Silver and red are also the historical colours of the Osnabrück Region.