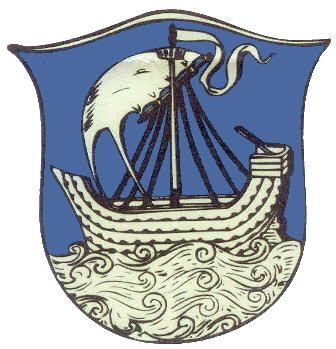 Schandau received in 1480 from Prince Ernst of Sachsen the right to use its own seal and arms. It was already described that the arms should show a ship. Ever since the town has used these arms, which were formally granted in 1897. The ship probably indicates the importance of shipping on the Elbe at the time.