From Heraldry of the World
Your site history : Bad Wilsnack
Jump to navigation Jump to search 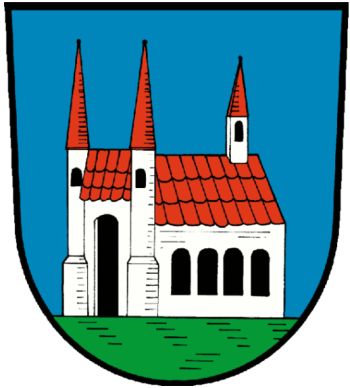 The arms were officially granted on January 8, 1992.

The arms are first appeared on the local seal from 1586 and show the local church devoted to St. Nicholas. The church was an important church which attracted many pilgrims in medieval times until the 16th century. After a fire in the church in 1383 three non burned hosts were found, all three also had a drop of blood, which was considered a miracle and many people flooded to the city to see the holy blood. The three hosts were burned (...) by the first Lutheran priest after the Reformation.

The arms have not been changed since.