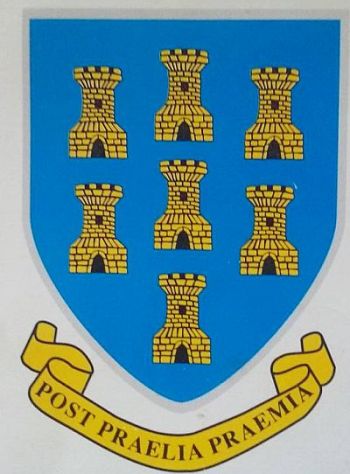 Arms : Azure, seven towers, three in pale with two in chief and as many in base Or.
Motto: Post praelia praemia.

The city is locally known as the 'City of the Seven Towers' due to its highly visible former seven towers. The seven towers were: Ballymena Castle, First Ballymena Presbyterian Church, The Old Parish Church, The Braid Water Mill, St. Patrick's Church, the Old Town Hall and All Saints Roman Catholic Church.