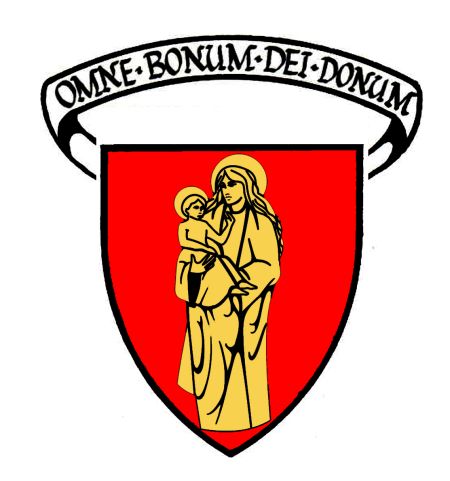 Gules, the Virgin Mary with her Babe in her arms Or.

[And in an Escrol above the Shield] this Motto "Omne Bonum Dei Donum".

Banff was probably created a Royal Burgh by King William the Lion between 1189 and 1198; there is a charter of confirmation from King Robert 11 in 1372.

The arms have been in use for many centuries, the Virgin Mary being the patron saint of the Burgh. A sixteenth-century impression of the Burgh seal bearing St. Mary is known. However, there is also on record a 1408 impression of an older seal which bears a boar passant.

The colours may have been chosen for Edmondstone of that Ilk whose heiress married an Ogilvy of Findlater from whom the Lords Banff were descended.