From Heraldry of the World
Your site history : Benthe
Jump to navigation Jump to search 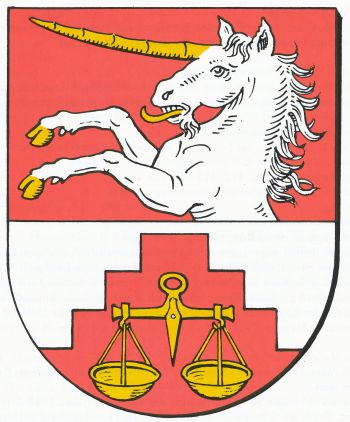 The unicorn in the upper part of the arms is taken from the medieval Lords Von Benthe, who had their estate in the village already in the 12th century. The scales of justice are a canting element, the name has been derived from a meaning like 'near the courtplace', and until 1359 a court was mentioned in the village. The seven steps in the base are derived from a local legend of the 'Sieben Treppen or Trappen'.