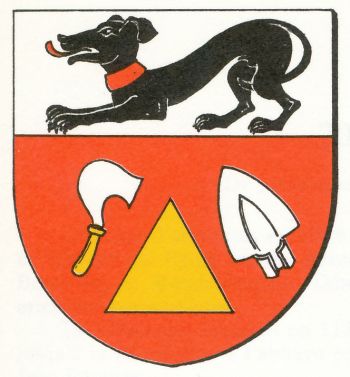 The arms were designed and adopted in 1976.

The dog in the chief is taken from the arms of the Abbey of Murbach, to which the village belonged until the late 18th century. The triangle is a common symbol for Bergholtz, Bergholtz-Zell and Buhl.

The plough iron and the grape-knive indicate the importance of agriculture and viticulture for the municipality.