Birmingham Chamber of Commerce and Industry

BIRMINGHAM CHAMBER OF COMMERCE AND INDUSTRY 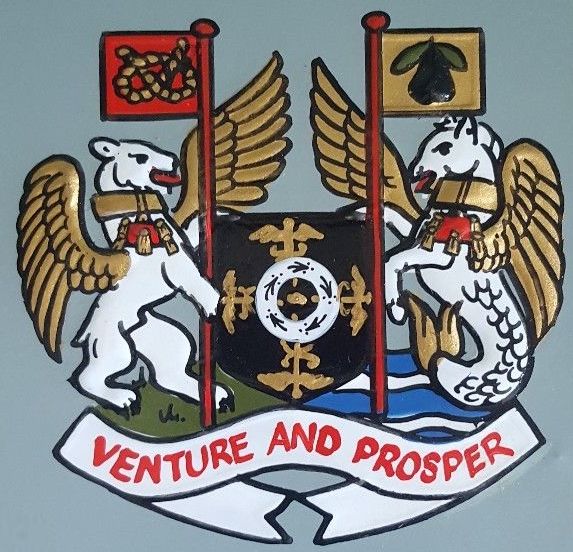 Arms : Sable, four rods of Mer­ cury conjoined in cross Or; over all in fesse point a 'mural crown gold within an annu1et ermine.
Supporters: On the dexter side a bear argent winged ·Or ; and on the sinister side a sea horse also argent winged and finned gold; each gorged with a collar of the last, pendent therefrom a purse gules tasselled gold, and each supporting a staff also gules, that on the dexter side flying a banner of the last charged with a Stafford knot likewise gold and that on the sinister side a banner of the last charged with a pear sable slipped and leaved proper [the whole upon a compartment of grass to the dexter and harry wavy argent and azure to the sinister].
Motto: Venture and prosper.

The arms were officially granted on September 28, 1959.