From Heraldry of the World
Your site history : Bludenz
Jump to navigation Jump to search 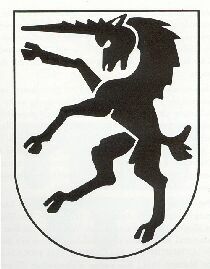 The arms were officially granted on February 8, 1929.

The arms show an unicorn of unknown origin. The unicorn already appeared on the oldest known seal of the city, dating from 1329. All later seals have shown the animal as well.