From Heraldry of the World
Your site history : Bordeaux
Jump to navigation Jump to search 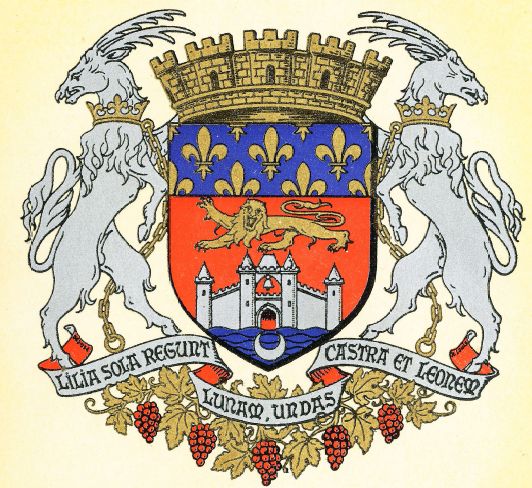 The leopard is taken from the arms of the old territory of Guyenne, of which Bordeaux was the capital. The castle is the former city hall standing on the Garonne river. The crescent symbolises the bend the river makes in the city. The chief is the arms of France and signify that the city received its own parliament by King Louis XI in 1453.