The arms are known from a seal from 1808 and initially showed a quartered shield with four letters as shown below. The four letters, HSFO stand for Hoc Signum Frasslau Oppidi (this is the sign of the city of Frasslau, the name of the town at the time). The present arms keep the same basic design, but the two letters in the base have been changed by a grape-knife and a yoke. 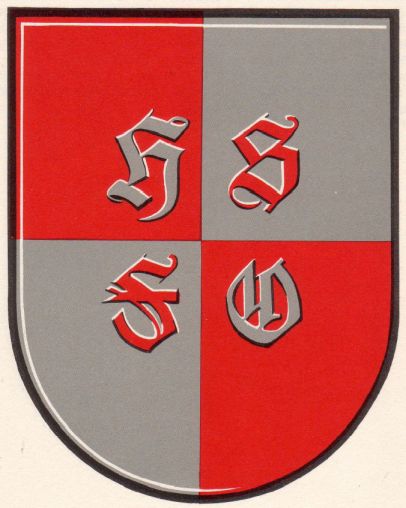