From Heraldry of the World
Your site history : Broitzem > Schapen (Braunschweig) > Braunschweig
Jump to navigation Jump to search 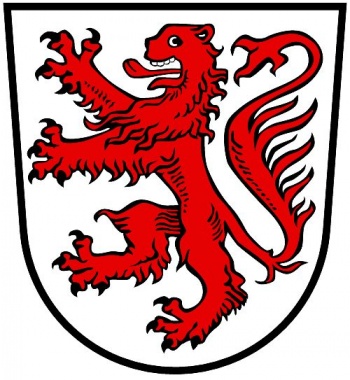 The arms show the lion of the Welfen dynasty and especially symbolise Heinrich des Löwen (Henry the lion) from the 12th century. The city was a stronghold of the Welfen dynasty. The oldest seal of the city, known from 1231 already shows a lion. A later seal places the lion in a church portal, but mostly the seals show only a lion. The colours are first mentioned in a manuscript from 1366, and are the colours of the Hanseatic League of cities of which Braunschweig was a member.

The arms were officially granted in 1438 by King Albrecht II and have not really changed since. In 1963 the arms were reconfirmed.

The city historically was divided in 5 different quarters (Weichbilde), each with their own (limited) jurisdiction. These were the Altstadt (old city), Neustadt, Hagen, Altewiek and Sack. All these used different arms. They were united in 1671.

Even though the quarters had no formal power after 1671, the arms were still used in decorations and architecture until the late 18th century.

The Altstadt used the arms as shown above for the whole city. 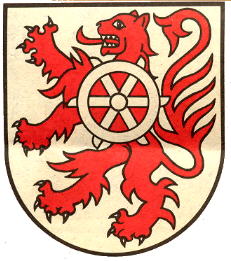 Hagen used the lion of the main city, with a wheel on its shoulder. The wheel is the symbol of St. Catherine, patron saint of the quarter. The arms appear on the local fountain dating from 1407. Whether the arms were made at the time the fountain was made, however, is not known. The oldest confirmed use dates from the 17th century. 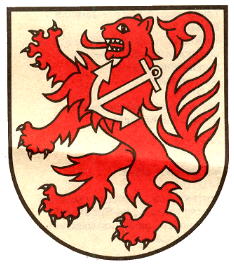 Neustadt also used the lion as the main charge. Here the lion was shown with a small anchor on its shoulder. As no historical seals of the Neustadt are known, the oldest use of the arms is only confirmed from 1571. The anchor most likely was a symbol for the shipping on the Oker river, which was of great importance to the local economy. The anchor is also one of the symbols of St. Nicholas, the patron saint of the parish. 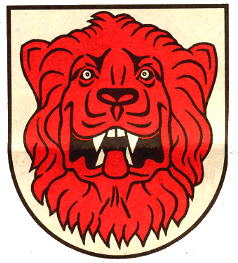 Altewiek only used a lion's head, not the whole lion. The oldest use of the head dates from a document from 1445, where the head can be seen on the local seal. As proper arms the head is only known since 1647. The use of only the head instead of the whole lion, was not typical, many members of the Welfen family also used only the head. 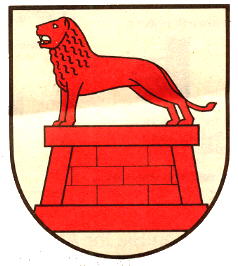 Sack is the youngest of the 5 quarters but has the oldest surviving seal. It dates from 1339 and showed two leopards, taken again from the arms of the Welfen family. Nevertheless, the image of the main statue in the city, showing the lion as a monument, finally became the arms of the quarter. These arms are known since the middle of the 16th century.