British Association for the Advancement of Science 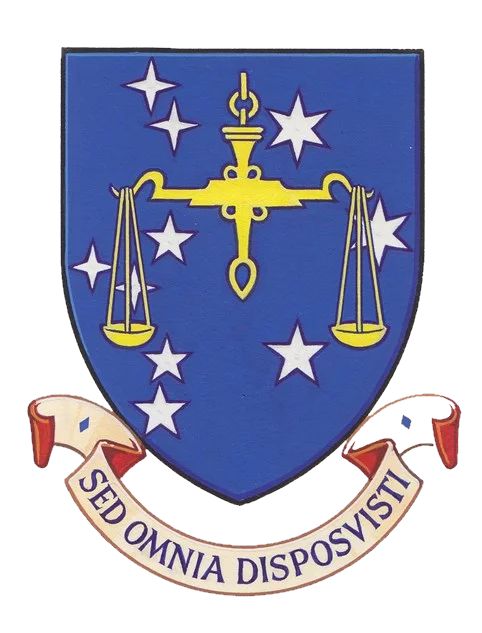 Arms : Azure, ten stars, two of six, four of five, and four of four points, argent (representing the constellation of Libra (The Scales)); over all a balance Or.
Motto: Sed omnia disposuisti

The arms were officially granted on March 9, 1937.