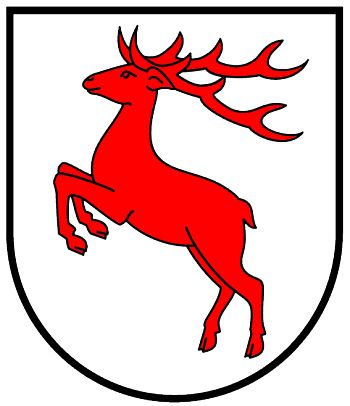 The arms show a deer for the rich nature in the area.

The previous arms showed a combination of the arms of Brodnica (hand), Górzno (carp) and Jabłonowo Pomorskie (wheat) and the rivers that flow through the county. 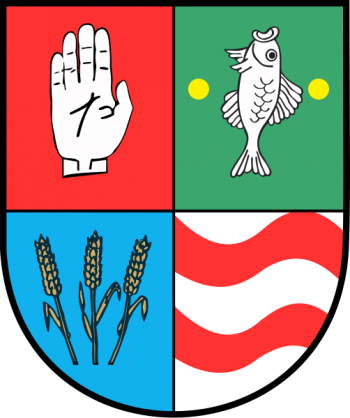