From Heraldry of the World
Your site history : Bruchsal (kreis)
Jump to navigation Jump to search 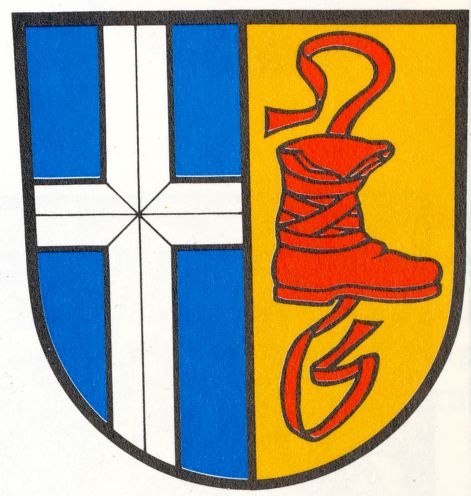 The right half shows the cross of the diocese and State of Speyer. Until 1802 Bruchsal was one of the main residences of the Bishops of Speyer and most of the district belonged to Speyer. The boot in the left half symbolises the agricultural character of the district. This unusual symbol is derived from the German Farmers Revolt from 1501/02 which started in the district. The boot is a typical boot of a 16th century farmer.