From Heraldry of the World
(Redirected from Bunzlau)

Your site history : Bolesławiec
Jump to navigation Jump to search 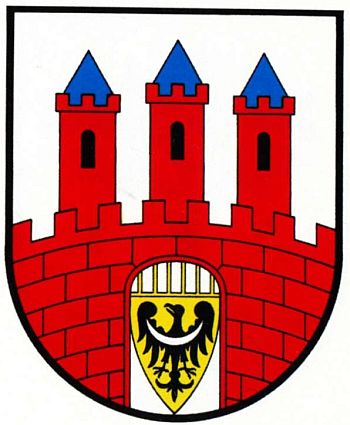 The arms of the city (German name Bunzlau) show a castle with in the gate the arms of Silezia. The composition is derived from the oldest known seal of the city (dating from 1303), which showed the eagle in the gate. During the 15th century the eagle was placed in the gate and the arms have not changed since, except for the size and shape of the eagle and castle, as can be seen from the image by Hupp below.