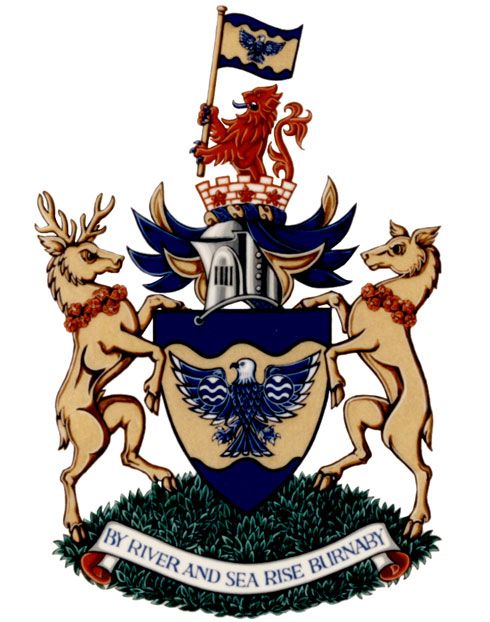 Arms: Azure on a Canadian fess wavy Or an eagle displayed Azure armed and tufted Argent charged on each wing with a fountain
Crest: Issuant from a mural coronet Argent masoned Gules charged with fraises in fess Gules a demi lion Gules armed and langued Azure bearing between the forepaws a staff Or flying a banner of the Arms
Supporters: On a grassy compartment dexter a stag Or gorged with a collar of rhododendron flowers Gules sinister a doe Or with a like collar
Motto: BY RIVER AND SEA RISE BURNABY

The arms were officially granted on April 24, 1991 to the District of Burnaby and confirmed on April 15, 2005, for the city of Burnaby.