From Heraldry of the World
Your site history : Busko-Zdrój
Jump to navigation Jump to search 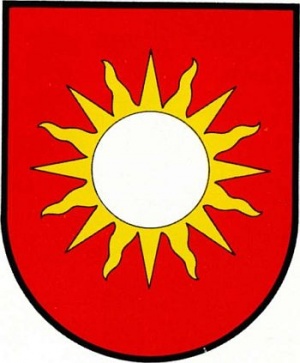 The oldest preserved image of the coat of arms is on the seal of the city of Busko from 1517.

The meaning of the sun is not known. Maybe it was originally an image of a monstrance. an attribute of Saint Norbert. The number of rays has changed over the centuries, originally the sun had twelve rays. On the document from 1774 the sun had eight rays, and on a document from 1779 there were sixteen. The current version keeps the 16 rays from 1774.