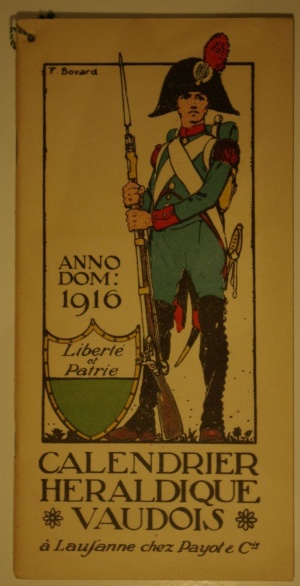 The inside shows on the left page the monthly calendar , and on the right an heraldic drawing. During the years, and in single calendars, arms of people, towns, villages, associaltions or religious bodies were printed. Somethimes also groups of arms, as for example several cantonal arms in 1915.

An example of the inside: