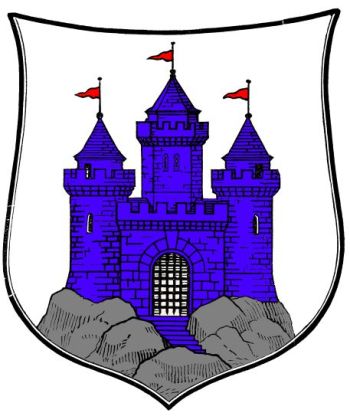 The arms on the official staff are accompanied by a crest: a dove, argent, with a snake, proper, linked aboUt its legs-and by a motto, PRUDENTIA FRAUDIS NESCIA.

In 1631 the then Lord Balmerino granted a charter to the trades of Calton constituting them a society or corporation; and in 1669 a Royal charter was obtained from Charles II. erecting the district into a burgh of barony. In 1725 the Town Council of Edinburgh, having purchased the superiority from Lord Balmerino, obtained another charter from George I. By the Municipality Extension Act of 1856 the burgh was absorbed in Edinburgh.