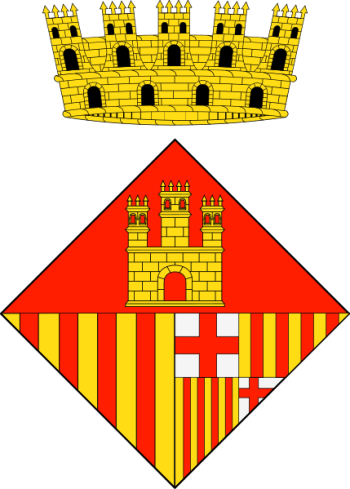 The arms combine in the upper half the canting castle of Castellar, also named Castell de Clasquerí, and in the lower half the arms of the County (left) and city (right) of Barcelona, because the village was historically considered a "carrer de Barcelona" (see also, e.g.,Ametlla del Vallès and Caldes de Montbui).