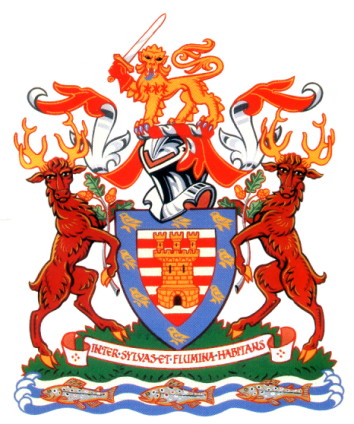 The arms are those of the former Borough of Morpeth, granted in 1552.

The crest is that of the former Castle Ward RDC, altered to include three estoiles, for the three former authorities merged into the new Borough.

The two deer supporting sprigs of oak and standing on a grassy mound over three fish swimming in a stream give emphasis to the town's motto.

Literature: Image and information provided by the council.