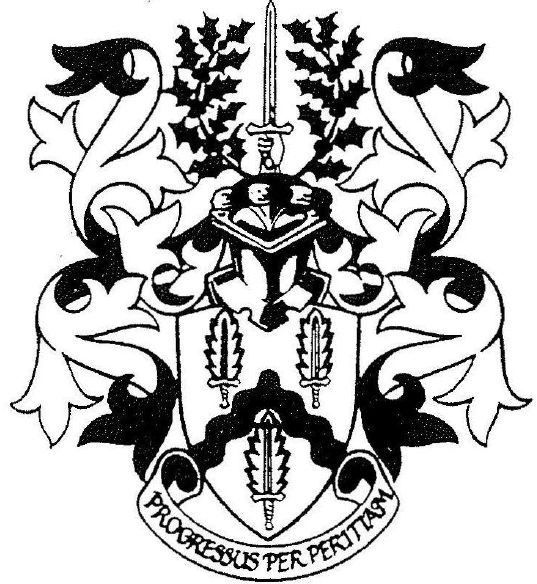 The wavy chevron alludes to the river bend at Kempston, Bedfordshire, at which Kempston Manor the Institute's headquarters is situated.

The Swords of Justice are shown flaming to allude to the torch of knowledge as well as to justice, since the furtherance of both justice and education are principal foundations of the Institute. The sword of justice is also shown in the crest, which also has two branches of holly (Ilex aquifolium) in allusion to the abbreviation of the Institute's full titlee (ILEX).