From Heraldry of the World
Your site history : Clackmannan
Jump to navigation Jump to search 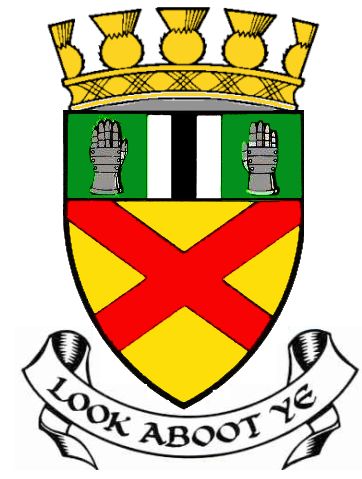 Above the Shield is placed a coronet appropriate to a statutory District, videlicet:-a circlet richly chased, from which are issuant eight thistle-heads (three and two halves visible) Or; and in an Escrol under the Shield this Motto" Look A boot Ye".

These are the Clackmannanshire County arms, to which the area more or less corresponds, with a crown of a district council.