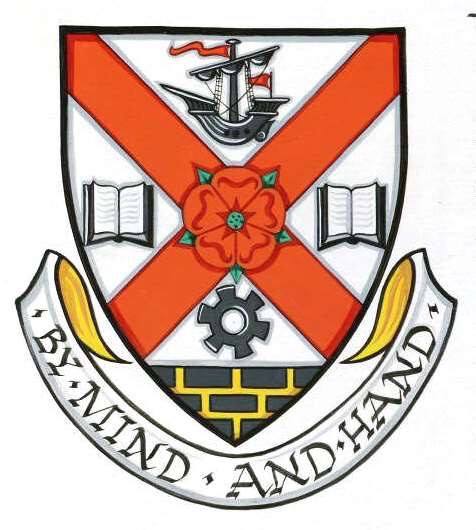 Argent, a saltire Gules cantoned between a lymphad, sails furled, in chief Sable, a roundel embattled and pierced in base of the Third, and two open books Proper, fore edges and binding also of the Third in the flanks, a base of the Third masoned Or; over all at the fess point surmounting the saltire a rose of the Second, barbed and seeded Vert.

Literature: Image and information provided by the Court of Lord Lyon