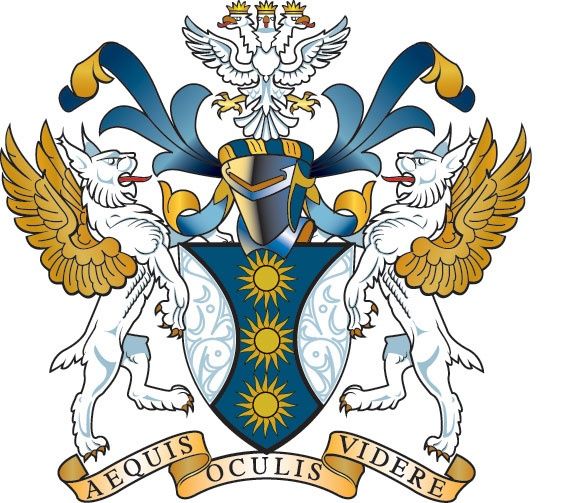 The arms were officially granted in 1982 to the British College of Ophthalmic Opticians.

The purpose of the three suns is to suggest the giving of light and hence sight to blind eyes, represented by the two white flaunches which are placed on a black field of darkness.

The eagle is keen-sighted and is rendered more so by having three heads.

The winged lynxes with their allusion of speed and spreading of knowledge where chosen as the lynx in ancient times was considered to be possessed of the ability to see through solid objects.

The motto means literally "to see with equal eyes" but occurs in Virgil in the sense "to see contentedly".